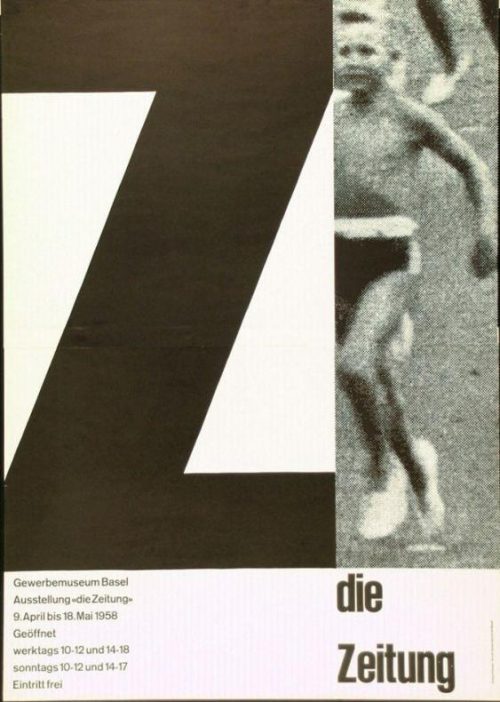 Emil Ruder was one of the major contributors to the Swiss modern typographic style. He began teaching at the Gewerbeschule in Basel in 1942 later becoming in charge of the department his modern take on typography and photomontage influenced a majority of the later Swiss artists.

Richard Hollis in his book Swiss Graphic Design page 198 calls this poster a technical tour due force, as the coarse half tone screen was cut by hand in lino. The letters are wood poster type set without spacing.

reference The 20th Century Poster. Design of the avant-garde page 181.